It is a banner with the number "2013" on it. There is a repeated zigzag pattern near the border of the banner. This item comes in eight different varieties. 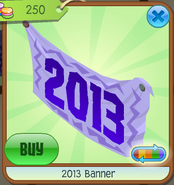 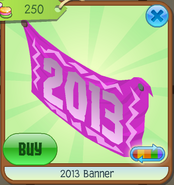 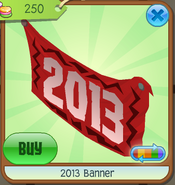 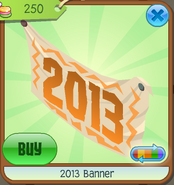 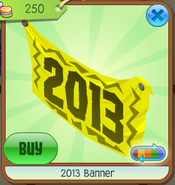 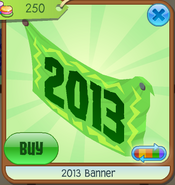 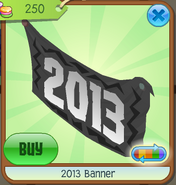