This is a fabric banner with "2015" printed on the center in bold. The banner is held up by two nails at each corner along the top. The sides of the banner are decorated with zigzag lines. This item has eight different color varieties. 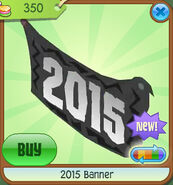 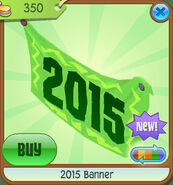 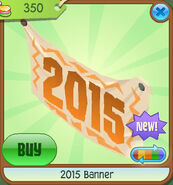 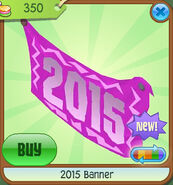 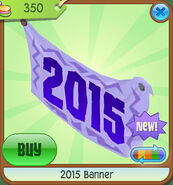 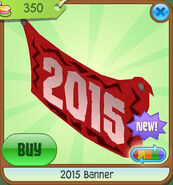 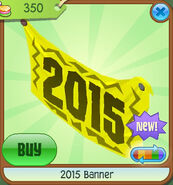