View source
Not to be confused with the Rare AJ Wristband.

90 Gems
The AJ Wristband is a non-member land clothing item that is worn on the leg. It is sold at Jam Mart Clothing and was first released on January 9, 2014.

The AJ Wristband consists of a wide band that appears to be made of a rubber-like material. It has a colored spiral pattern around the outside and the letters "AJ" are inscribed on the front of it. This item comes in eight different color varieties.

The AJ Wristband can be won as a possible prize from the following locations: 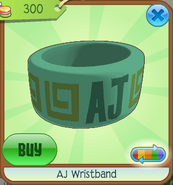 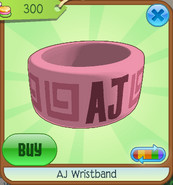 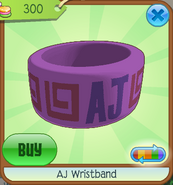 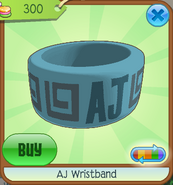 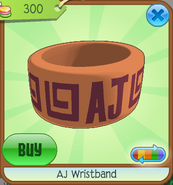 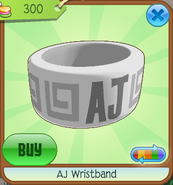 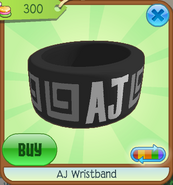