View source
Not to be confused with the Rare Anchor Ballcap.

135 Gems
The Anchor Ballcap is a non-member underwater clothing item. It was sold in the Atlantis Shop in the Atlantis Party. It was first released during April 2012. It was put on clearance on April 17, 2018, and left stores on April 27, 2018.

The Anchor Ballcap resembles an actual baseball cap with a square visor. On the front of the cap is a picture of an anchor, which is slightly tilted to the right from the front view. This item comes in eight different color varieties. 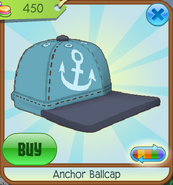 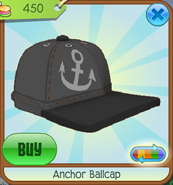 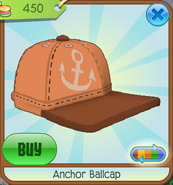 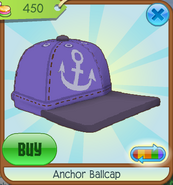 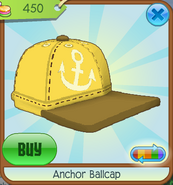 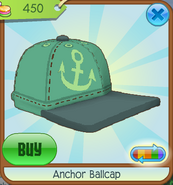 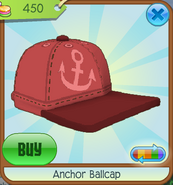 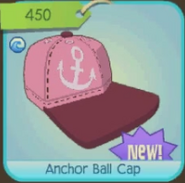 The original name of this item.
Community content is available under CC-BY-SA unless otherwise noted.
Advertisement