View source
Not to be confused with the Rare Summer Zios Amulet.

225 Gems
The Ancient Zios Amulet is a non-member land clothing item. It was released on September 14, 2017, at Forgotten Relics as part of the Forgotten Archive.

The Ancient Zios Amulet is a necklace that has a large Zios emblem on the front. The necklace consists of small squares that seem to float next to one another without actually connecting. The Zios emblem attaches to the necklace via two rings on either side. The Zios emblem features two large, round eyes and a prominent nose, but it does not have a mouth. This item comes in eight different color varieties. 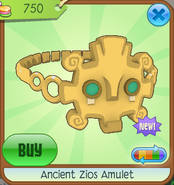 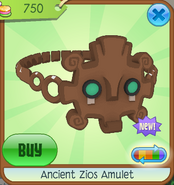 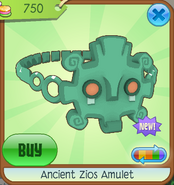 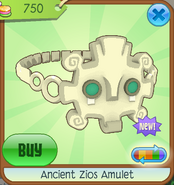 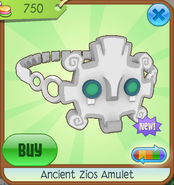 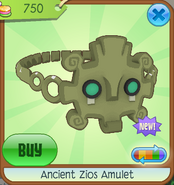 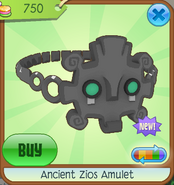 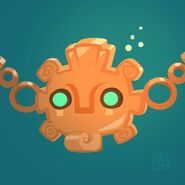