View source
Not to be confused with the Rare Angel Wings, Rare Jamaaliday Angel Wings, or Crystal Pegasus Wings.

75 Gems
The Angel Wings are a members-only land clothing item that are worn on the back. They were first released in Jam Mart Clothing during October 2010, but on March 29, 2012, they were moved to the Horses Only Party, where they can still be found.

The Angel Wings are a pair of folded wings. A thin frame branches out and models the shape of the wing. The texture of the wing is uneven and appears to have feathers/scales. This item comes in eight different color varieties.

The Angel Wings can be won as a possible prize from the following locations: 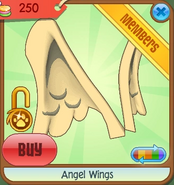 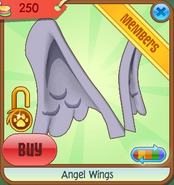 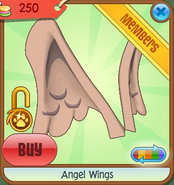 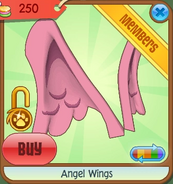 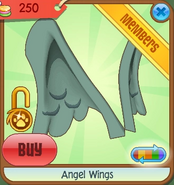 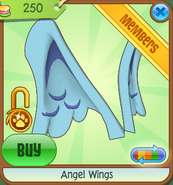 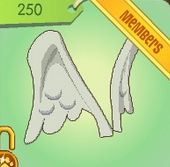