75 Gems
The Angry Pumpkin Mask is a members-only land clothing item that is worn on the head. It was first released during October 2010 in Jam Mart Clothing. It was relocated to the Shiveer Shoppe in September 2011, and it returned there for the Night of the Phantoms each year through 2013, after which it no longer returned.

It is a pumpkin shaped mask with two angry triangular eyes. It also has a large grin with pointed "teeth". It comes in eight different varieties.

The Angry Pumpkin Mask can be won as a possible prize from the following locations: 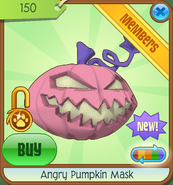 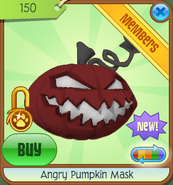 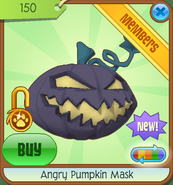 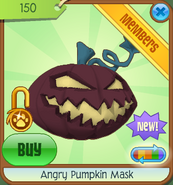 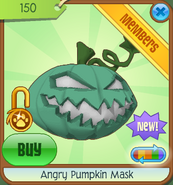 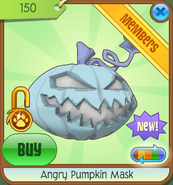 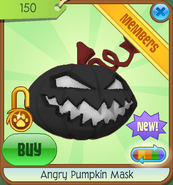