This item is a medium sized aquarium that is sitting on top of a short cabinet. The cabinet has two shelves with supplies on one side and a single door on the other. The aquarium includes a rock and some grass as decorations as well as a thermometer on one side. Inside the aquarium is an animated blue fish and yellow fish that swim around. This item comes in eight different color varieties. 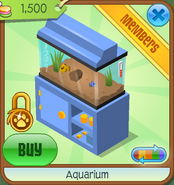 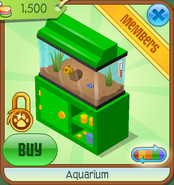 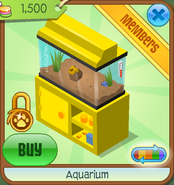 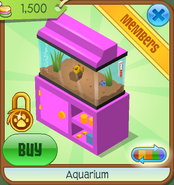 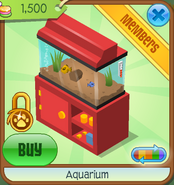 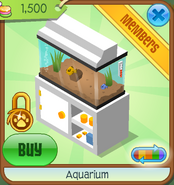 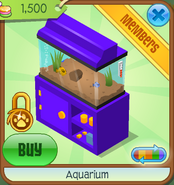 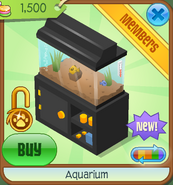 When clicked
Community content is available under CC-BY-SA unless otherwise noted.
Advertisement