View source
Not to be confused with the Rare Arctic Coat, Rare Friendship Coat, or Rare Jamaaliday Winter Jacket.

The Arctic Coat looks like a regular coat used in cold weather. It has two buttons and layering on the sides. This item comes in eight different varieties.

The Arctic Coat can be won as a possible prize from the following locations: 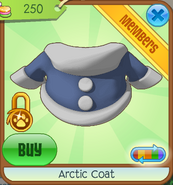 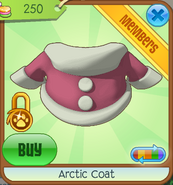 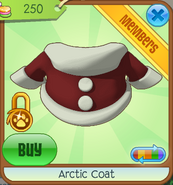 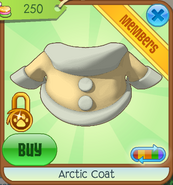 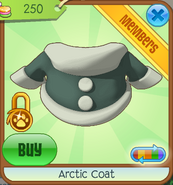 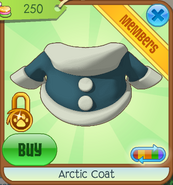 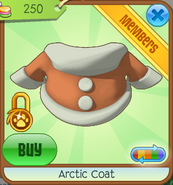 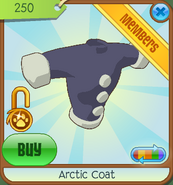 The Arctic Coat when it was sold in 2010.
Community content is available under CC-BY-SA unless otherwise noted.
Advertisement