View source
This article is about the regular claw machine prize. For the Jambassador Plushies, see Bepper Plushie.

15 Gems
The Arctic Fox Plushie is a non-member den item that can be won from The Arctic Fox Claw. It was released on February 1, 2019.

The Arctic Fox Plushie is in the shape of an Arctic Fox laying down on its belly. Stitches can be seen on different parts of the plushie, resembling a plushie-like look. Three of its variants are wearing accessories to resemble a detective, black belt, and robin-hood. This item has ten different varieties. 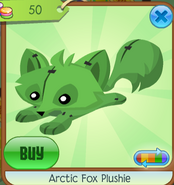 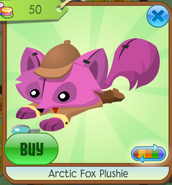 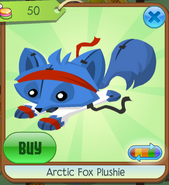 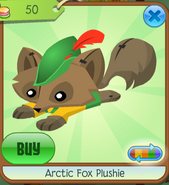