View source
Not to be confused with the Rare Arctic Hood, Blackout Hood, or Luminous Arctic Hood.

75 Gems
The Arctic Hood is a members-only land clothing item that is worn on the head. It was originally released during the Beta Testing in Jam Mart Clothing, it was removed shortly after Beta Testing ended. It was later re-released in the Shiveer Shoppe around February 2011. It went on clearance again in August of 2012. It returned to Jam Mart Clothing again on January 22, 2020, and on January 9, 2021, but left on May 1, 2021. It returned again on January 27, 2022, but left on May 15, 2022.

The Arctic Hood appears as a fitted hood with a large, bushy fur trim. Attached to the hood is an eyepiece with small curly spikes on top. The very top of the hood ends in a curl. This item comes in nine different color varieties.

The Arctic Hood can be won as a possible prize from the following locations: 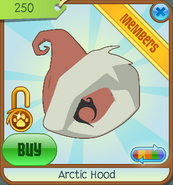 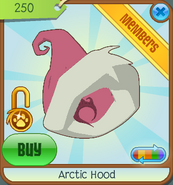 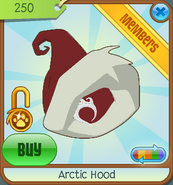 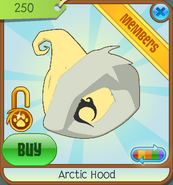 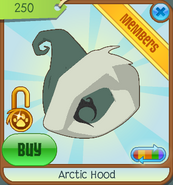 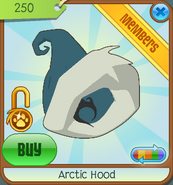 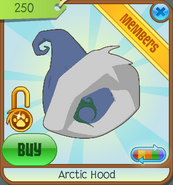 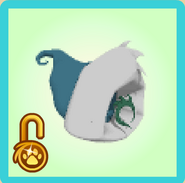 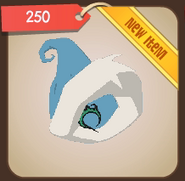 The turquoise "Beta" Arctic Hood during the early stages of Beta Testing. 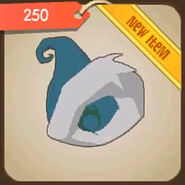 The turquoise "Beta" Arctic Hood seen towards the end of Beta Testing.
Community content is available under CC-BY-SA unless otherwise noted.
Advertisement