The Backpack is a square-shaped, slightly circular, small backpack with a front pocket. The backpack has a handle at the top, two straps on the back side, a long zipper that arcs over the top of the pack, and a smaller zipper on the front pocket. This item comes in eight different varieties.

The Backpack can be won as a possible prize from the following locations: 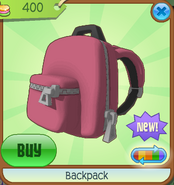 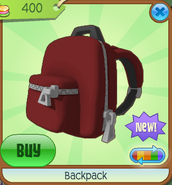 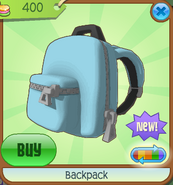 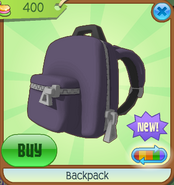 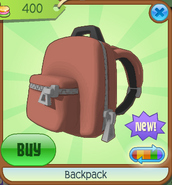 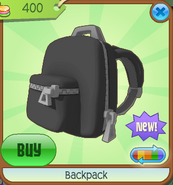 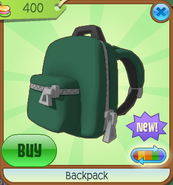 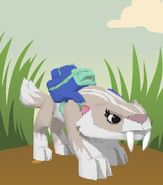 A glitch when worn on a sabertooth
Community content is available under CC-BY-SA unless otherwise noted.
Advertisement