75 Gems
The Bat Wallpaper is a members-only wallpaper for land dens. It was first released sometime during October 2010 and it has returned seasonally for the Night of the Phantoms each year. It was originally sold in Jam Mart Furniture, but it was relocated to the Spooky Party in 2015.

The Bat Wallpaper has a dark orange background and is decorated with black bats with outstretched wings. This item comes in only one variety.

The Bat Wallpaper can be won as a possible prize from the following locations: 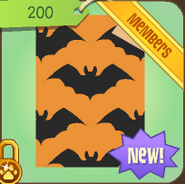 This item originally had a cheaper price 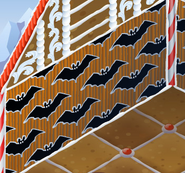 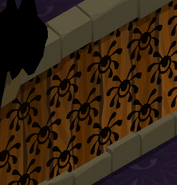 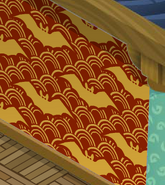 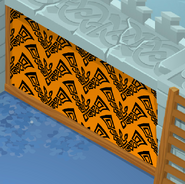 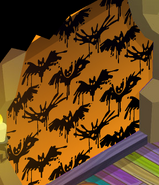 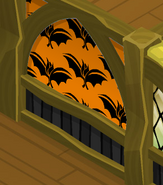