View source
Not to be confused with the Rare Beaded Necklace.

The Beaded Necklace is made out of different shapes and sizes of beads presumably threaded on some type of string. The necklace has an extra loop hanging down on the front with seven strands extending down past it. This item comes in eight different color varieties.

The Beaded Necklace can be won as a possible prize from the following locations: 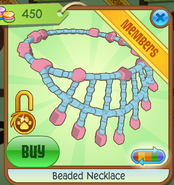 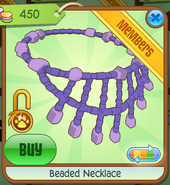 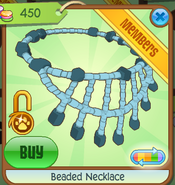 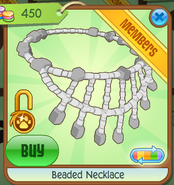 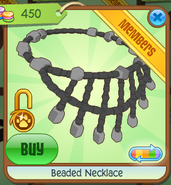 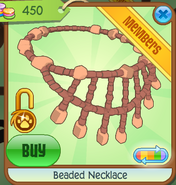 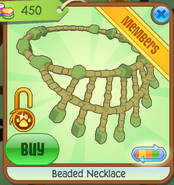