24 Gems
The Beard is a members-only land clothing item. It was available in Jam Mart Clothing during the Beta Stage and was removed shortly after with no notice or explanation of removal.

The Beard consists of braided pieces of hair that taper to a narrow end and is tied with a colored band with a bit of hair hanging out of it. This item comes in eight different color varieties.

The Beard can be won as a possible prize from the following locations: 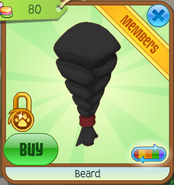 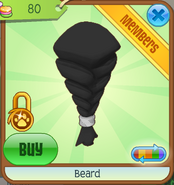 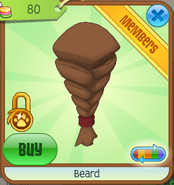 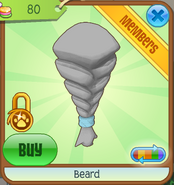 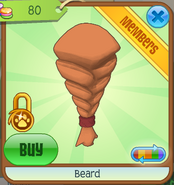 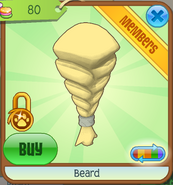 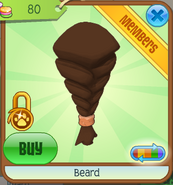 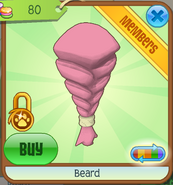 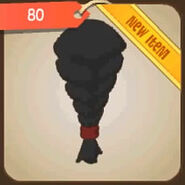 The beard was originally sold during Beta Testing.

The beards as they appeared before the June 2012 update that added better shading.
Community content is available under CC-BY-SA unless otherwise noted.
Advertisement