View source
Not to be confused with the Scary Horns, Rare Big Skull, or Luminous Big Skull.

The Big Skull consists of the top half of a skull with large horns coming from either side of the head. It has three teeth connected to the skull and two triangular eye sockets. There is also a small bone that, when worn, goes through the wearer's nose or mouth. This item comes in eight different color varieties.

The Big Skull can be won as a possible prize from the following locations: 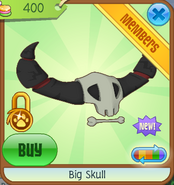 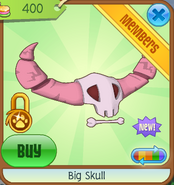 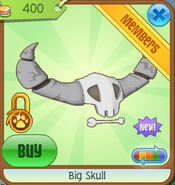 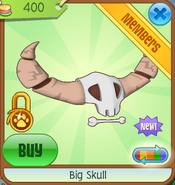 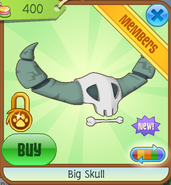 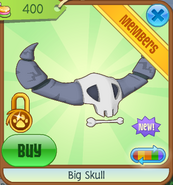 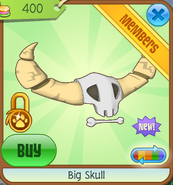 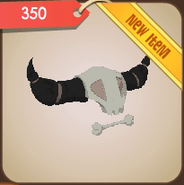 The Big Skull in stores during the early stages of Beta Testing when it had a cheaper price. 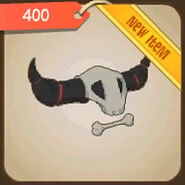 The Big Skull in stores in the later stages of Beta Testing. 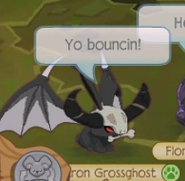 The Early Beta Big Skull on a bunny.
Community content is available under CC-BY-SA unless otherwise noted.
Advertisement