135 Gems
The Blue Star Walls is a members-only wallpaper for land dens. It was first released during Beta Testing at Jam Mart Furniture.

The Blue Star Walls appear with the upmost part as a dark teal. Towards the bottom of the wallpaper, there are different sized vertical stripes of purple and blue that are covered in lavender stars. The two sections are separated by a horizontal light blue stripe. This item comes in only one variety.

The Blue Star Walls can be won as a possible prize from the following locations: 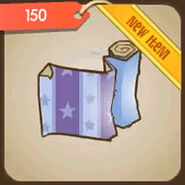 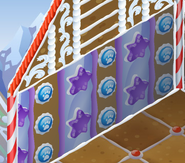 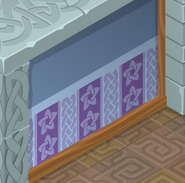 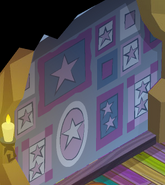 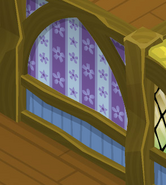