135 Gems
The Blue Vines are a members-only land den flooring. It was first released during Beta Testing, at Jam Mart Furniture. It was later put on Clearance during July 2011.

Blue Vines is a blue carpet that has dark-blue, swirling vine patterns surrounded by a light-blue border and highlights. The background is a gray-blue color. Its appearance changes depending on the den it is placed in. This item comes in only one variant.

The Blue Vines can be won as a possible prize from the following locations: 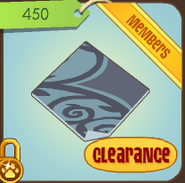 The item seen after Beta Testing. 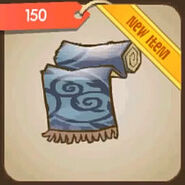 The item was sold at a cheaper price during Beta Testing. 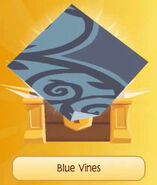 This item won in The Forgotten Desert. 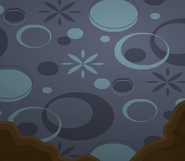 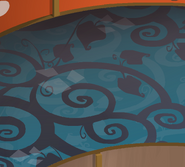 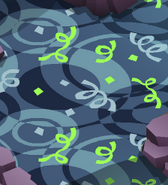