View source
Not to be confused with the Rare Box Head or Jamaaliday Box Head.

120 Gems
The Box Head is a non-member land clothing item. It was released on September 29, 2016, and was formerly sold at Jam Mart Clothing during the Night of the Phantoms. In October 2017, this item was relocated to the Shiveer Shoppe.

The Box Head is a cardboard box. On it, there are two circular eyes with dark, crescent-moon pupils and an upward-pointing arrow at the side. Two short rectangular pieces of tape keep the box secured shut, and a dark line runs between the two box flaps. This item comes in eight different color varieties. 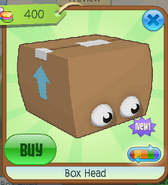 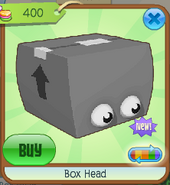 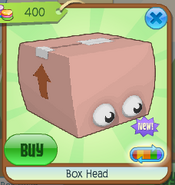 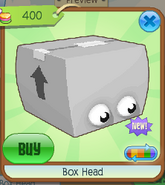 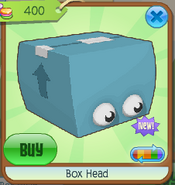 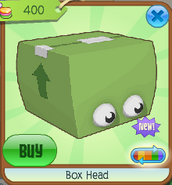 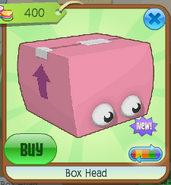