Not to be confused with the Freedom Bunny Hat or the Jamaaliday Bunny Hat.

The Bunny Hat is a non-member land clothing item that is worn on the head. It was released sometime during Beta Testing and was formerly available in Jam Mart Clothing. It was later re-released in the Conservation Museum where it is currently sold. It was put on clearance on April 17, 2018, and left stores on April 27, 2018. It was re-released on May 10, 2018.

The Bunny Hat is an animal-themed hat shaped like a Bunny's head. It has two whiskers on either side of two button eyes. The ears are patched in the same color fabric as the eyes (not counting rim ones) and have stitches bordering the patches. At the front base of the hat are two white teeth sticking down from the front. This item has ten different varieties with two rare variants. 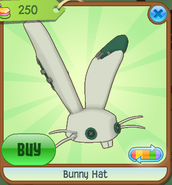 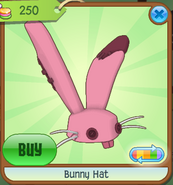 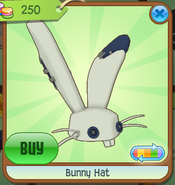 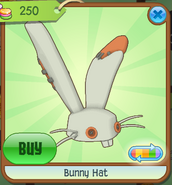 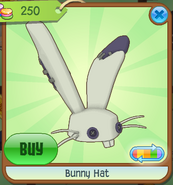 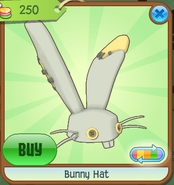 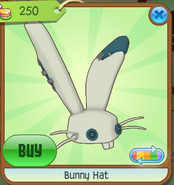 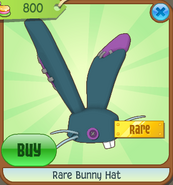 The Rare Bunny Hat that is only obtained from the Daily Spin and Member Spin.
Add a photo to this gallery 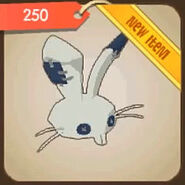 The Daily Explorer advertisement did not match the actual Rare Item Monday release.
Add a photo to this gallery