300 Gems
The Caged Phantom is a members-only den item. It was first released as a Monthly Member Gift during October 2011. It was re-released at the Diamond Shop on September 25, 2014.

The Caged Phantom is a box-like cage with wooden planks and steel bars. The cage is shaped either like a cylinder or a cube depending on the variety. A Phantom is trapped inside and keeps on moving with electric bolts coming out of it. When the Phantom is clicked, it releases dark dusty gas that only appears for a short time. This item comes in ten different varieties.

The Caged Phantom can be won as a possible prize from the following locations: 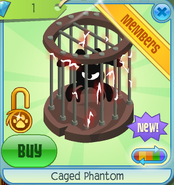 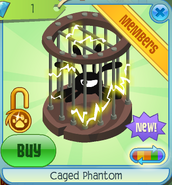 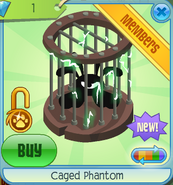 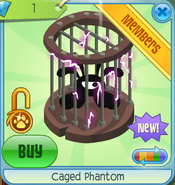 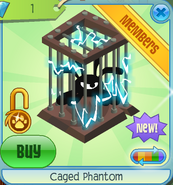 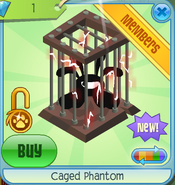 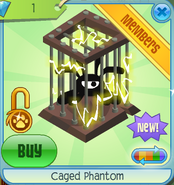 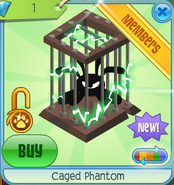 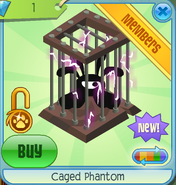 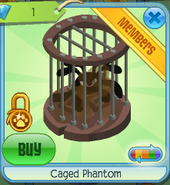 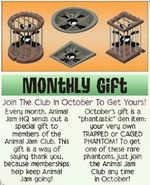 The Caged Phantom being announced as the next Monthly Member Gift in Jamaa Journal volume 44, 45 and 46.
Community content is available under CC-BY-SA unless otherwise noted.
Advertisement