135 Gems
875 Gems (Rare Item Monday)
625 Gems (Rare Spring)
The Cat Ears are a non-member land clothing item that is worn on the head. It was first released on October 15, 2015, and it returned to the Haunted Forest Party each year for Night of the Phantoms.

The Cat Ears are a pair of two triangle-shaped ears on a headband. The inside of the ears features a small fluff of white and colored triangles. In front of the ears, there is a pair of three white whiskers. This item comes in eleven different color varieties, with two rare variants and one glitched magenta variant. 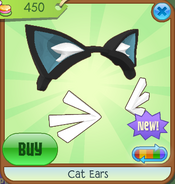 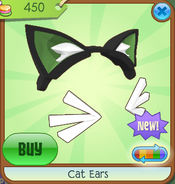 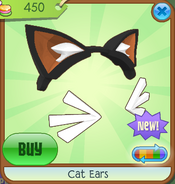 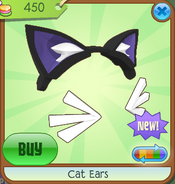 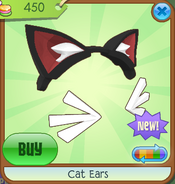 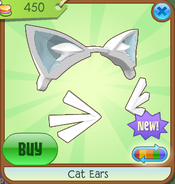 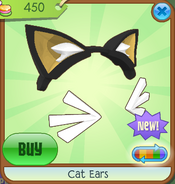 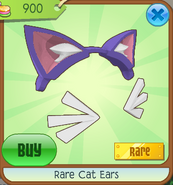 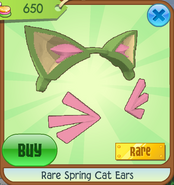 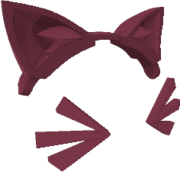 The magenta Cat Ears which are glitched.
Add a photo to this gallery 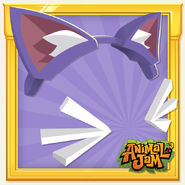 The Rare Item Monday version advertised in The Daily Explorer.
Add a photo to this gallery
Retrieved from "https://animaljam.fandom.com/wiki/Cat_Ears?oldid=1466102"
Community content is available under CC-BY-SA unless otherwise noted.