45 Gems
The Cat Hat is a members-only land clothing item that is worn on the head. It was first released in Jam Mart Clothing some time during Beta Testing. It was later relocated to the Conservation Museum Shop in Appondale. It was put on clearance on April 17, 2018, and left stores on April 27, 2018. It was re-released on May 10, 2018.

The item has two triangular points towards the top, resembling cat ears. On the front part of the hat are two stitches, one longer and one shorter. Beneath that, are two stitched on buttons representing eyes. There are two crooked and bent whiskers coming out of each side. This item comes in eight different color varieties.

The Cat Hat can be won as a possible prize from the following locations: 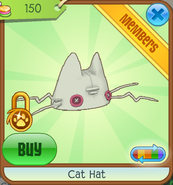 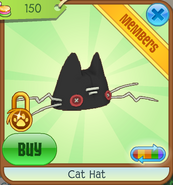 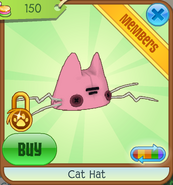 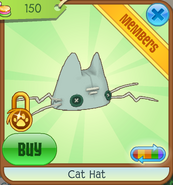 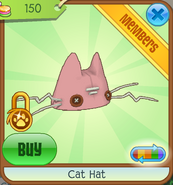 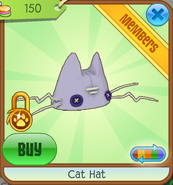 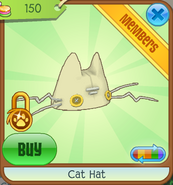 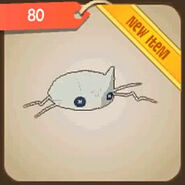 The Cat Hat was sold during Beta Testing at a cheaper price.
Community content is available under CC-BY-SA unless otherwise noted.
Advertisement