150 Gems
The Clover Trident is a members-only underwater clothing item. It was first released on March 17, 2012, and can be purchased at Bahari Bargains during the Lucky Day season.

The Clover Trident is a trident with small three-leafed clovers on the tip of the fork. A large three-leafed clover is located at the part where the fork branches out. There is a long seafoam handle. This item comes in eight different color varieties. 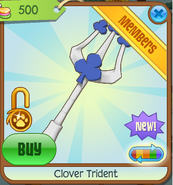 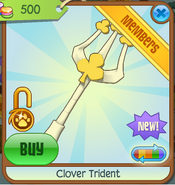 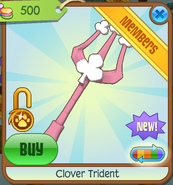 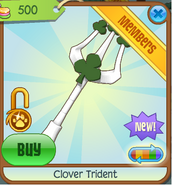 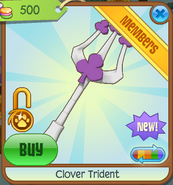 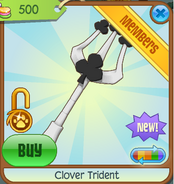 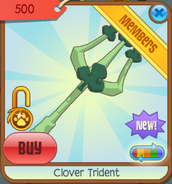 The Clover Trident seen on its initial release in 2012.
Add a photo to this gallery
Retrieved from "https://animaljam.fandom.com/wiki/Clover_Trident?oldid=1372362"
Community content is available under CC-BY-SA unless otherwise noted.