780 Gems
The Designer Skirt is a members-only land clothing item that is worn on the back. It was released on January 19, 2012, and was formerly sold at Epic Wonders until it went on clearance sometime in 2013.

The Designer Skirt consists of a fancy skirt imprinted with a swirled pattern and a flower on the side. The skirt also has a frilled interior, as well as a thick belt and buckle. This item comes in eight different color variants.

The Designer Skirt can be won as a possible prize from the following locations: 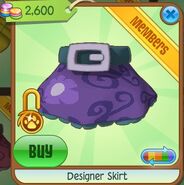 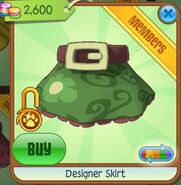 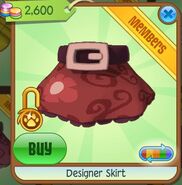 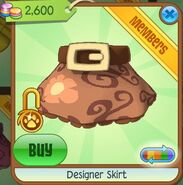 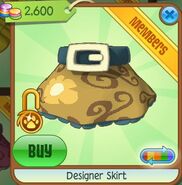 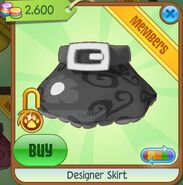 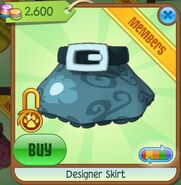