View source
Not to be confused with the Wolf or Arctic Wolf.

The Direwolf appears somewhat similar to the Wolf and Arctic Wolf. It has large legs and paws with three visible claws on each one, two pointed ears, and a short bushy tail. It also has thick fur around its neck and a grumpy expression.

The Jamaa Journal hinting at the reveal of the Direwolf.

The Jamaa Journal that reveals the statue was of a Direwolf and would be coming to Jamaa.

The Jamaa Journal that shows the release of the Direwolves.

The Direwolf statue in Temple Of The Ancients. 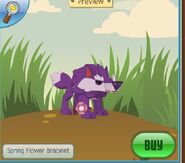 When worn on the Direwolf, the Spring Flower Bracelet does not entirely wrap around the wrist. 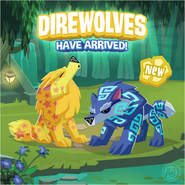 The Daily Explorer announcement for the arrival of Direwolves. 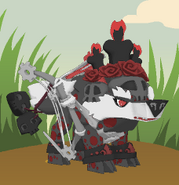 A Direwolf with "broken" Bow and Arrows. 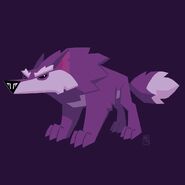