View source
Not to be confused with the Rare Dizzy Stars or Blackout Stars.

162 Gems
The Dizzy Stars are a members-only land clothing item that was first released on March 31, 2015. They have been sold in the April Fools' Party seasonally each year since; returning during April 2019.

The Dizzy Stars consist of a cartoon style spiral with small stars coming from it. The spiral and stars constantly move. This item comes in eight different varieties. 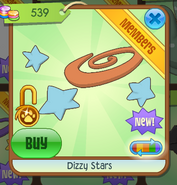 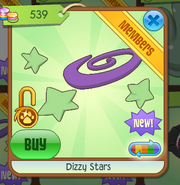 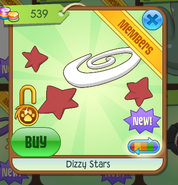 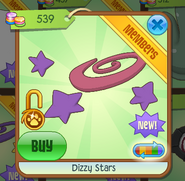 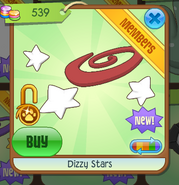 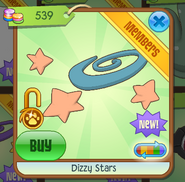 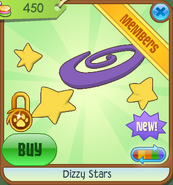 This item was originally cheaper. 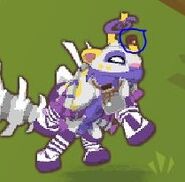 A Snow Leopard dancing with a magenta star.
Community content is available under CC-BY-SA unless otherwise noted.
Advertisement