143 Gems
625 Gems (Rare Item Monday)
The Doctor's Bag is a members-only land clothing item that is worn on the leg. It was released on September 18, 2013, and it was formerly sold in the Medical Center Shop until it went on clearance in June 2014.

The Doctor's Bag consists of a large handbag with thick handles. On the top front of the bag is a keyhole. There are several patterns on the bag, including a cross on the front and a pawprint on the side. This item comes in nine different color varieties, one of which is a rare variant. 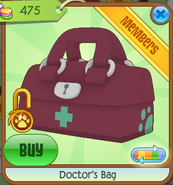 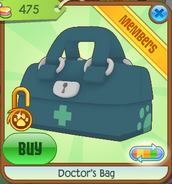 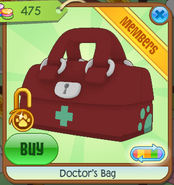 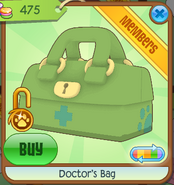 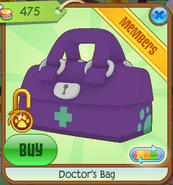 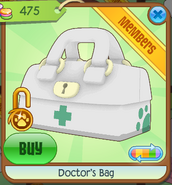 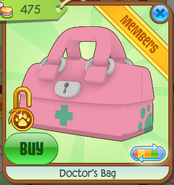 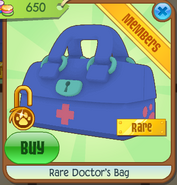 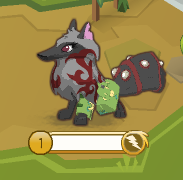 The glitched magenta variant of this item.
Add a photo to this gallery
Retrieved from "https://animaljam.fandom.com/wiki/Doctor%27s_Bag?oldid=1317001"
Community content is available under CC-BY-SA unless otherwise noted.