Not to be confused with the Golden Dragon Glove.

The Dragon Glove is a members-only land clothing item. It was first released as one of the Monthly Member Gifts during June 2011. It was later re-released in the Diamond Shop on February 20, 2014.

The Dragon Glove is a large glove with four distinct 'fingers'. There is a different coloured claw that sits at the tip of the fingers. on the back of the hand, are darker coloured marks resembling scales. This item comes in eight different varieties. 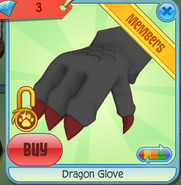 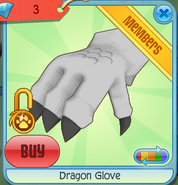 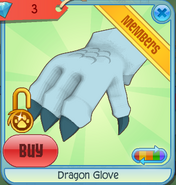 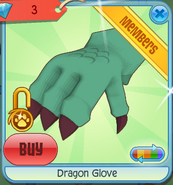 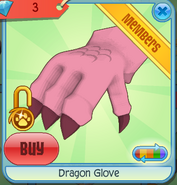 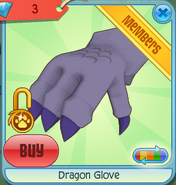 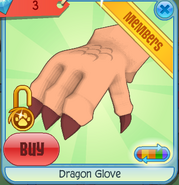 Add a photo to this gallery
Retrieved from "https://animaljam.fandom.com/wiki/Dragon_Glove?oldid=1268696"
Community content is available under CC-BY-SA unless otherwise noted.