The Eclipse Lamp is a non-member den item that was released on August 20, 2017, for the Jamaa Eclipse event. It was formerly sold at Jam Mart Furniture until it was removed on December 11, 2017.

The Eclipse Lamp is small and is placed on a colorful solar eclipse stand. The body of the lamp is round and it has a short lampshade with a large bulb visible from the top. The lampshade has three visible solar eclipse symbols on it, two of which are cut off along the sides. When clicked, the lamp lights up. This item comes in eight different color varieties. 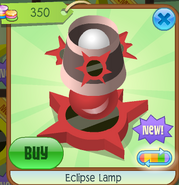 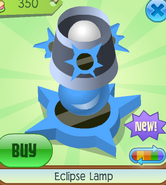 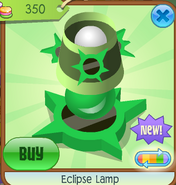 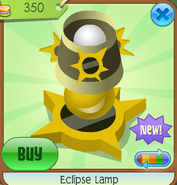 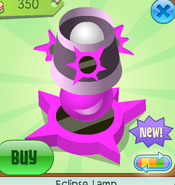 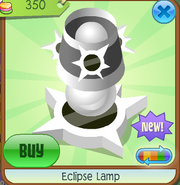 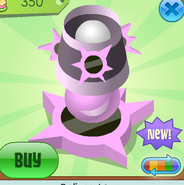 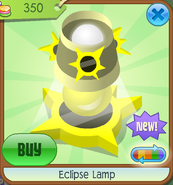 When clicked
Add a photo to this gallery
Retrieved from "https://animaljam.fandom.com/wiki/Eclipse_Lamp?oldid=1252539"
Community content is available under CC-BY-SA unless otherwise noted.