Unknown
Eggstravaganza is an event that started on April 13, 2017. During this event, members can buy Pet Eggs for 3 Diamonds from the egg nests located all around Jamaa, including in the Diamond Shop. These egg pets are only temporary, and they hatch into other pets after 3 days. On September 27, 2018, the spooky version of the Eggstravaganza was released.

Each season, an egg will hatch one of three pets. What pet you'll get is cycled each day, so two pets bought on the same day will provide the same pet. 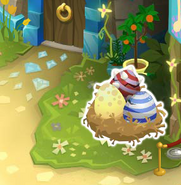 The egg nest in Jamaa Township.

The egg nest inside the Diamond Shop. 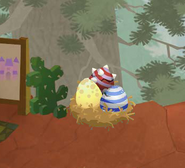 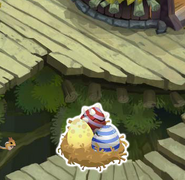 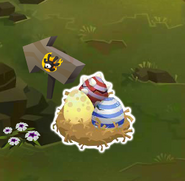 The egg nest location in the Lost Temple of Zios. 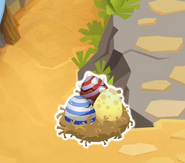 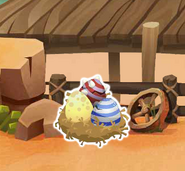 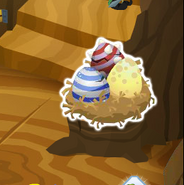 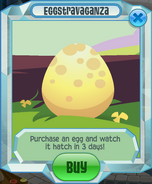 The pop up when clicked to buy a egg

Eggs that have cracked on their first day of being bought

The Jamaa Journal advertising the release of Eggstravaganza.

More information on Eggstravaganza in the Jamaa Journal.

A promotional picture in the updated Jamaa Journal.

The Eggstravaganza mentioned in the Jamaa Journal 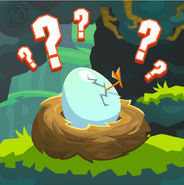 A glitch when a non-member attempts to make a Pet Egg.
Add a photo to this gallery

Add a photo to this gallery
Retrieved from "https://animaljam.fandom.com/wiki/Eggstravaganza?oldid=1354966"
Community content is available under CC-BY-SA unless otherwise noted.