75 Gems
The Elf Bracelets are a members-only land clothing item that is worn on the legs. It was first released in Jam Mart Clothing during the Beta Testing. They were later relocated to the Horses Only Party in March 2012, where they are currently sold and can be purchased for 250 Gems.

The Elf Bracelets consist of four stone-like cuffs that each wrap around the animal's ankles. It looks somewhat warrior-like and has a dotted design around the cuff that curls into a pointed crest in the front. This item comes in eight different varieties.

The Elf Bracelets can be won as a possible prize from the following locations: 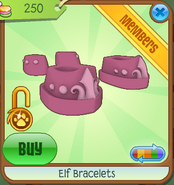 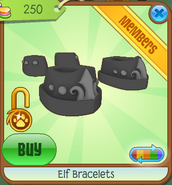 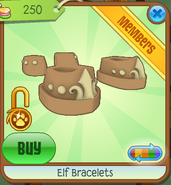 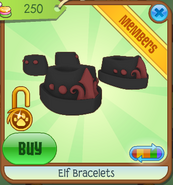 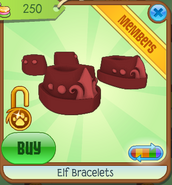 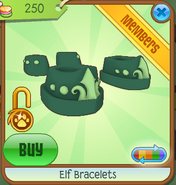 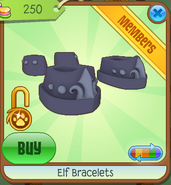 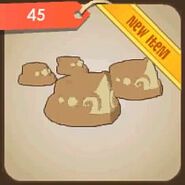 This item was sold during Beta Testing with a cheaper price.

The Elf Bracelets appear stretched on a Kangaroo.
Community content is available under CC-BY-SA unless otherwise noted.
Advertisement