View source
Not to be confused with the Rare Epic Egyptian Hat.

450 Gems
The Epic Egyptian Hat is a members-only land clothing item that is worn on the head. It was first released on September 13, 2014, in Epic Wonders. It returned sometime during July 2018.

The Epic Egyptian Hat is styled after that of an Egyptian pharaoh's hat, with a snake's head protruding from the front center and a wide stripe pattern. This item comes in eight different varieties. 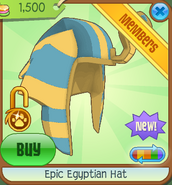 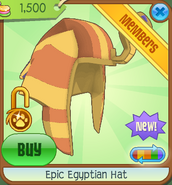 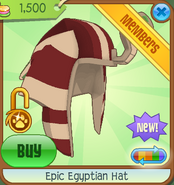 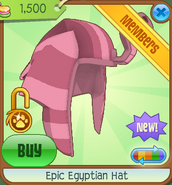 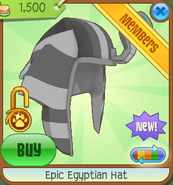 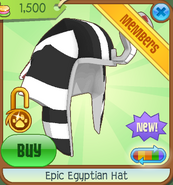 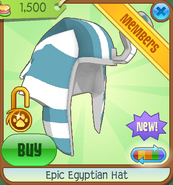