View source
This article is about the animal. For the pet, see Pet Fennec Fox.
Not to be confused with the Fox.

Fennec Foxes are tiny, red-furred with white fur on their bellies, feet, around their eyes and muzzle, and fur within their ears. They have a darker tone on their tail tip. They have large fleshy ear flaps and a small nose. Their ears are a bit droopy rather than steady. 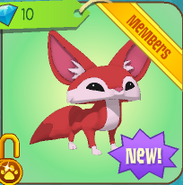 The initial hint about this animal.

The announcement for Jammers that Fennec Foxes are coming soon as seen in the Jamaa Journal. 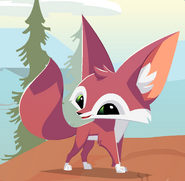 The animal's artwork on the creation screen. 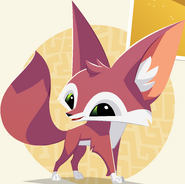 The artwork used for the Jamaa Journal.

The artwork advertisement for the animal in the Spring Fennec Fox Bundle.

Sneak peek of Fennec Fox inside a Gift Box on AJ's main screen. 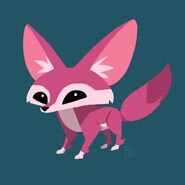 Flower Tail does not show up 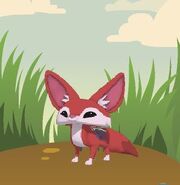 The Worn Blanket clips through the side of the Fennec Fox.

The Jamaaliday Bow does not appear on Player Cards or the Change Your Look screen.

The Rare Jammaliday Bow is clipping through the Fennec Fox's muzzle during the play action. 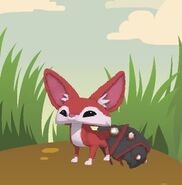 The Elf Tail Armor clips through the tail on the Fennec Fox.

The Ice Amulet shows during the play action. 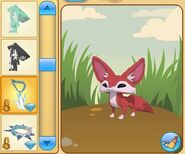 The Ice Amulet does not appear on the Fennec Fox for the Player Cards, the Change Your Look screen, idle animations, and most active actions. 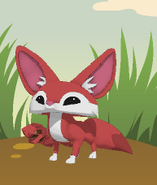 The red-crystal Basic Healing Staff on a Fennec Fox. 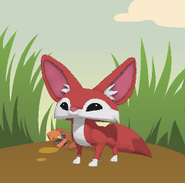 The orange-crystal Basic Healing Staff on a Fennec Fox.
Community content is available under CC-BY-SA unless otherwise noted.
Advertisement