Not to be confused with the Fire Pit or the Fire Drum.

The Fire Pot is a members-only den item that was released sometime during Beta Testing. It is currently sold at the trading-themed Jammer Parties.

The Fire Pot is a pot with a slightly curved, cone-shaped base that includes an arched opening on the front where an animated, orange-yellow fire can be seen inside. The top of the pot has a chimney-like tube with an opening at the top, and the bottom of the pot has a rounded surface. There are two stripes on the neck of the pot, and below it. This item comes in ten different color varieties. 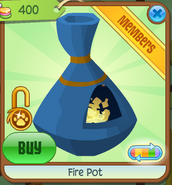 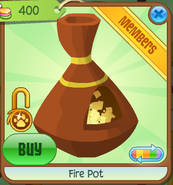 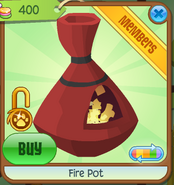 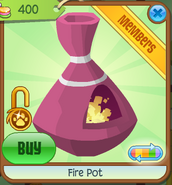 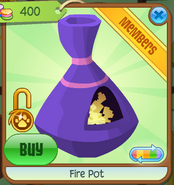 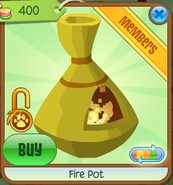 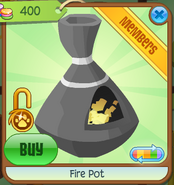 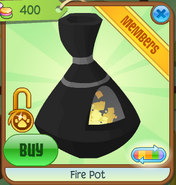 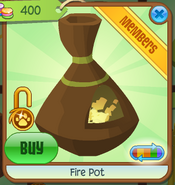 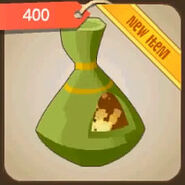 This item seen in Jam Mart Furniture during Beta Testing
Add a photo to this gallery
Retrieved from "https://animaljam.fandom.com/wiki/Fire_Pot?oldid=1294682"
Community content is available under CC-BY-SA unless otherwise noted.