150 Gems
975 Gems (Rare Item Monday)
The Flower Crown is a members-only land clothing item that is worn on the head. It was formerly sold at Jam Mart Clothing and was first released on July 20, 2013. It returned for the second release on March 28, 2015, but it later went on clearance on January 13, 2016.

The Flower Crown consists of six large flowers shaped into a circular band. There are six large rose-like flowers and smaller daisies braided in between and behind them, with leaves seemingly sprouting out from the underside of the roses. This item comes in ten color varieties, which includes the Rare Item Monday variant and the glitched magenta variant. 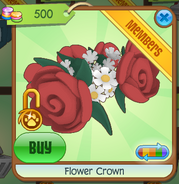 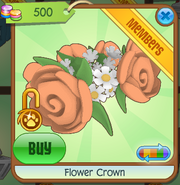 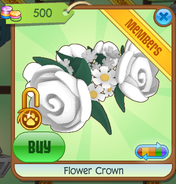 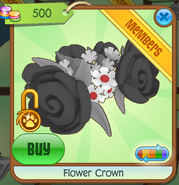 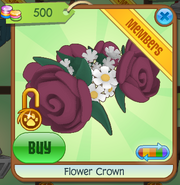 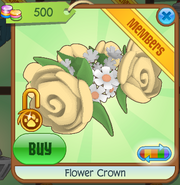 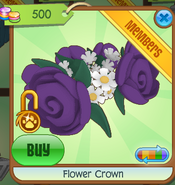 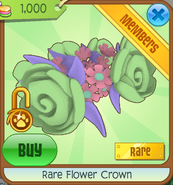 The rare magenta version of the Flower Crown that is the result of a glitch.
Add a photo to this gallery
Retrieved from "https://animaljam.fandom.com/wiki/Flower_Crown?oldid=1468441"
Community content is available under CC-BY-SA unless otherwise noted.