Not to be confused with the Sunshine Galoshes.

The Galoshes are a members-only land clothing item that is worn on the legs and were initially released on August 15, 2015. It can be bought Jam Mart Clothing.

The Galoshes are a set of boots made for walking in water. Each high-rise boot is made of a shiny, rubber-like material, and has two handles on the top. The boots come in nine varieties, one of which is a rare variant. 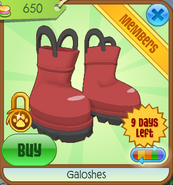 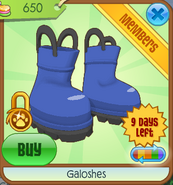 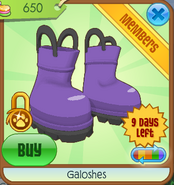 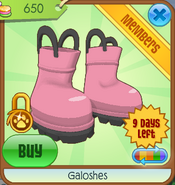 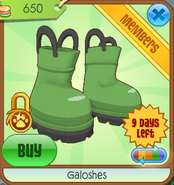 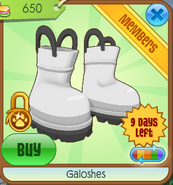 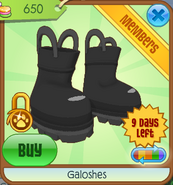 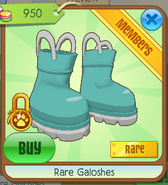 The Rare Item Monday variant
Add a photo to this gallery

When worn on a Flamingo, part of the Flamingo's leg color will clip through them
Add a photo to this gallery
Retrieved from "https://animaljam.fandom.com/wiki/Galoshes?oldid=1253027"
Community content is available under CC-BY-SA unless otherwise noted.