The Giant Crystal has multiple jagged crystals protruding from a circular base. The crystals appear to catch light and are translucent. The base is made of a white marble-like material. This item comes in ten varieties.

The Giant Crystal can be won as a possible prize from the following locations: 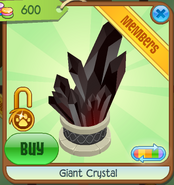 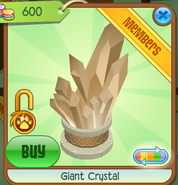 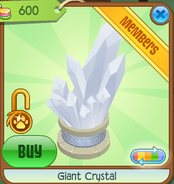 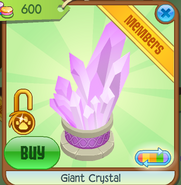 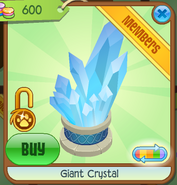 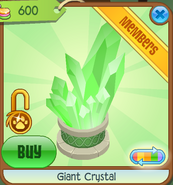 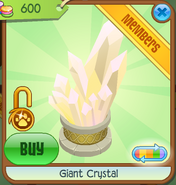 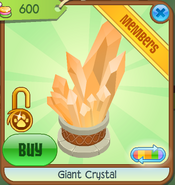 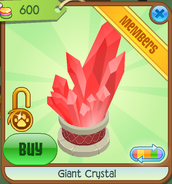