1,500 Gems
3,000 Gems (Original)
450 Gems
2,975 Gems (Original)
The Glove is a non-member land clothing item that is worn on the leg. It was formerly sold at Jam Mart Clothing and was first released sometime during Beta Testing. It was re-released on November 20, 2014, with new colors, but is no longer sold in stores.

The Glove has a cuff at the wrist and circular "bumps" on each knuckle, as well as one on the wristband. As an item, the Glove depicts four fingers, but no fingers are visible when it is worn on most animals. The color of the bumps on most of the original gloves are similar to the color of the glove itself, but the newer gloves have bumps that are very different colors. These gloves come in sixteen different varieties, eight of which are the rare variants. 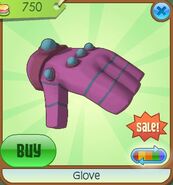 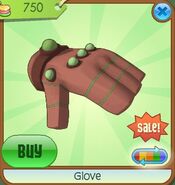 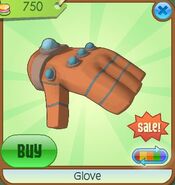 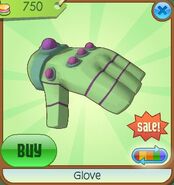 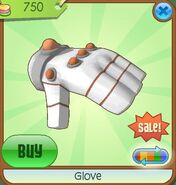 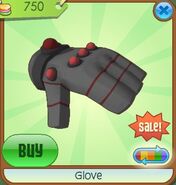 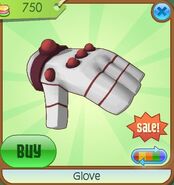 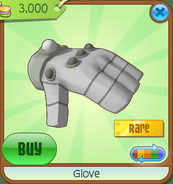 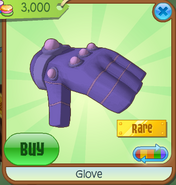 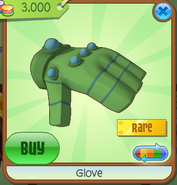 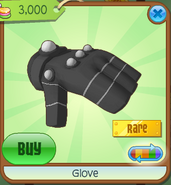 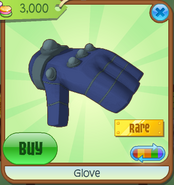 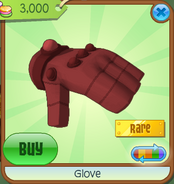 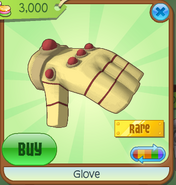 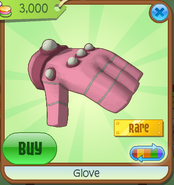 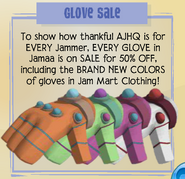 The newer Glove colors were advertised in Jamaa Journal Volume 132 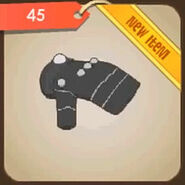 The original Glove when it was available during Beta Testing 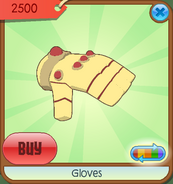 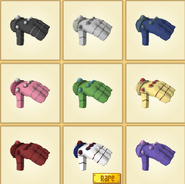 Original gloves without a "Rare" tag (Except for the Freedom Glove) 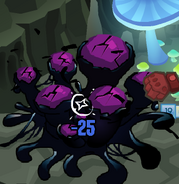 The animation and damage done when attacking with the Rare Glove.
Community content is available under CC-BY-SA unless otherwise noted.