Graham is the Alpha of the Monkeys, and one of the six main Alphas currently featured and described in Animal Jam. He acts as the inventor of the Alphas and often creates complex machines and mechanisms to achieve certain tasks, such as the Tower featured in The Great Escape. He never leaves a tool or mechanism without improving it further. He is capable of crafting tools that other animals, those without thumbs or hands, can use. He is not as well known as the other Alphas, and he makes his first appearance in Greely's Inferno.

"Graham, the monkey Alpha, is always inventing ways to improve the lives of others. While he often has difficulty focusing on any single topic, he can usually think or invent his way out of almost any situation that he puts his mind to."

Graham is a blue-gray monkey with paler blue-gray rings around his tail and pale blue-gray flecks on his elbows and knees. His skin is a pinkish tan color that can differ from its pink color to a more tan shade. He has orange-yellow eyes, wild long-thick white hair, and a white beard. A key is on a string wrapped around the tip of his tail as well. He has working goggles, arm goblets, and strap around his chest with a green gem in the middle.

The Search For Greely: He appears again in The Search For Greely, leading a group of Monkeys to search for Greely (dead or alive). It is revealed that he had a pretty good relationship with Greely and that is why he is so determined to find him. He later ambushes Greely along with Cosmo and Liza, accusing him of working for the Phantoms after the group of Monkey's evidence. While Greely explains his reasons and brings up the topic of the Phantom Beacon, Graham is the only one staying quiet; possibly deep in thought. Graham states that his trust in Greely will possibly never be the same again and tells the Player that he will look for more evidence to suggest that Greely is a traitor.

Turning The Tide: In this Adventure, he assigns the Player to go out a look for the Bottlenose Squad and help them rescue Tavie, where he also mentions that he built tail armor to help her swim because she was born without one. He lastly appears in the end with Liza, Cosmo, and Greely, where he seems glad that the tail armor fits Tavie perfectly.

The Phantom Badlands: Graham is seen with Sir Gilbert as the player arrives and warns the player that some Mechachompers were broken by the phantoms and need to be repaired. Graham does not appear again until the player reaches the shrine where it is discovered that Peck had hidden Mira's Feather before the phantoms arrive. 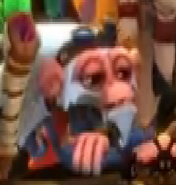 Graham in Lost Temple of Zios

Graham with a Phantom

Graham from the Beta Testing period

Graham on The Daily Explorer.

Info about Graham from Alpha Headquarters. 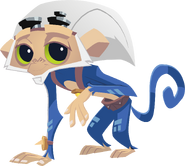 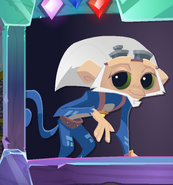 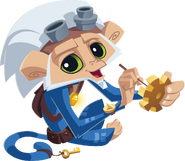 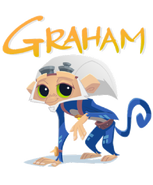 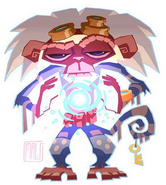 Concept art of Graham fighting a Phantom by Taylor Maw 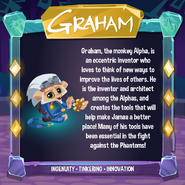 Information about Graham in The Daily Explorer. 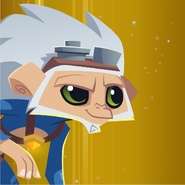 Graham in The Daily Explorer
Community content is available under CC-BY-SA unless otherwise noted.
Advertisement