View source
Not to be confused with the Owl.

The Great Horned Owl is a members-only flying animal that was first confirmed on December 5, 2018. It was later released the next day, on December 6, 2018, at the Diamond Shop. It left on April 2, 2021. It was released on November 4, 2021, as part of the Topaz Treasures Bundle.

The Great Horned Owl‘s default appearance is a tall body covered in dark teal feathers, with lighter teal feathers surrounding the neck. Light gray teal is seen on the front of the face and black stripes along the sides of the face. The head has sharp, pointed ears with dark, slanted eyes and a small diamond-shaped beak. 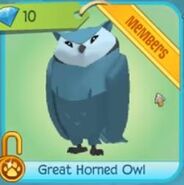 The animal as seen before purchase in the Diamond Shop.

With every single sparkly boa, the sparkles turn golden instead of its intended color. It doesn't flow in the air either like it's supposed to.

A Great Horned Owl with a glitched Spiked Collar.

A Great Horned Owl with a glitched Clover Tie. 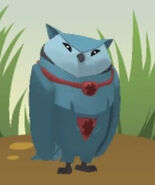 The Great Horned Owl wearing the Clover Tie from a player’s inventory for better detail.

The release of the Great Horned Owls in the Jamaa Journal. 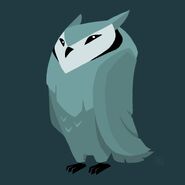 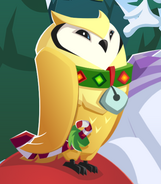 The artwork that appeared on the homepage before the animal was released. 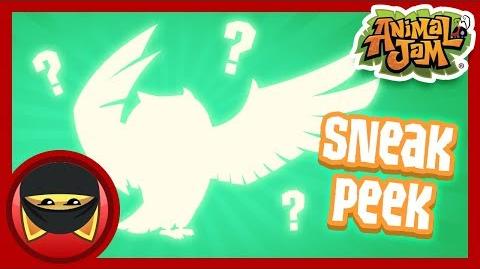