150 Gems
The Green Slime Wall is a members-only wallpaper for land dens. It was first released sometime before 2012 in Jam Mart Furniture.

Green Slime Walls have a background of a dark gray cobblestone wall with light grey rocks. Thick green slime seems to drip from the top of the wall, and drip down at different lengths. Its appearance can change depending on the den.

The Green Slime Wall can be won as a possible prize from the following locations: 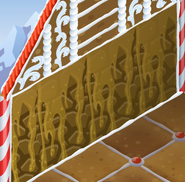 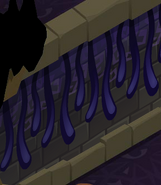 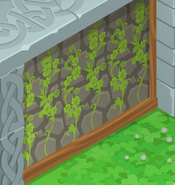 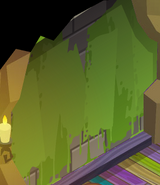 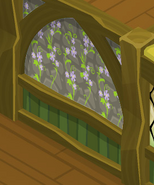