The Hat and Beard is a costume that is worn over the entire head and resembles Santa's hat and beard. It consists of a winter hat that goes on top of the head and a curly white beard with a long moustache that covers the mouth. The hat has a puffy white brim at the bottom with a floppy top that narrows to a point. The end of the hat is topped with a fluffy, white ball and there is also a large patch stitched onto one side of the hat. This item comes in nine different color varieties, including the rare variant.

The Hat And Beard can be won as a possible prize from the following locations: 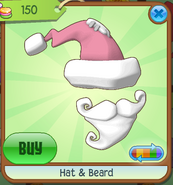 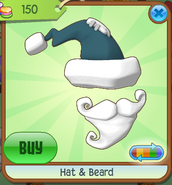 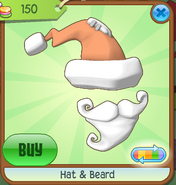 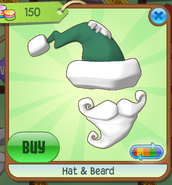 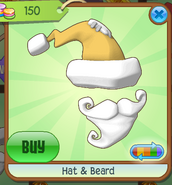 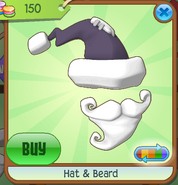 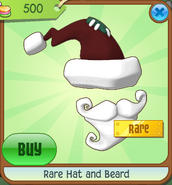 Receiving a Hat And Beard from the Jamaaliday Gift Calendar.
Community content is available under CC-BY-SA unless otherwise noted.
Advertisement