90 Gems
725 Gems (Rare Item Monday)
825 Gems (Spring)
The Hat And Curly Wig is a non-member land head item. It is a seasonal item that is sold in Jam Mart Clothing for Presidents Day and it was first released during February 2011.

The Hat and Curly Wig is a colonial-themed hat with paler shadings and a curly-haired wig. The hat has a curling spiral design on the sides and the wig has a bow tied to the back. This item comes in ten different color varieties, two of which are rare variants.

The Hat And Curly Wig can be won as a possible prize from the following locations: 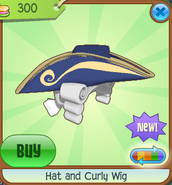 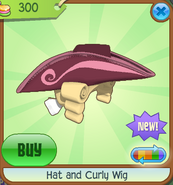 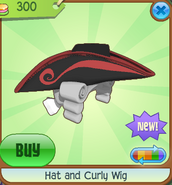 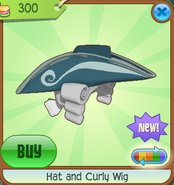 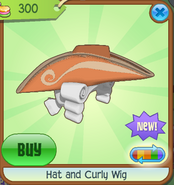 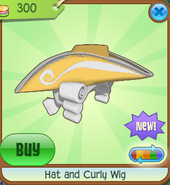 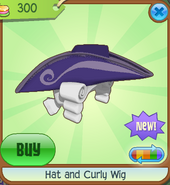 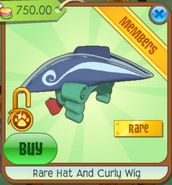 The RIM variant is for members-only. 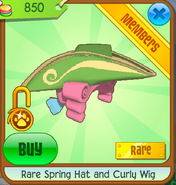