The Heart Locket is a non-member land clothing item that can be worn around the neck. It was first released during February 2011 in Jam Mart Clothing. It then released as a seasonal item that would return every year around the Friendship Festival, but it has not returned to stores since 2014.

The Heart Locket consists of a heart-shaped locket that is strung on a thin leather band. The locket has a keyhole in the center and small bolts on either side of the keyhole. This item comes in ten different color varieties, including the two rare variants. 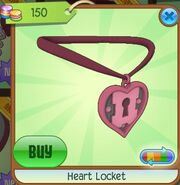 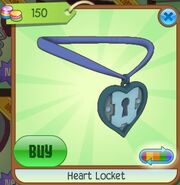 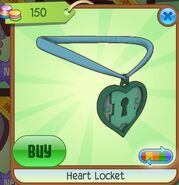 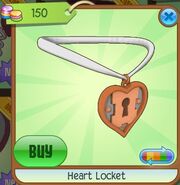 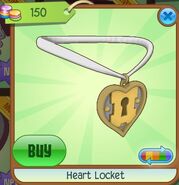 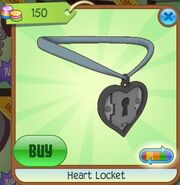 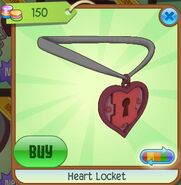 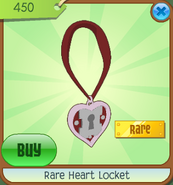 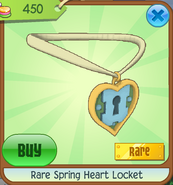 The updated appearance of the Rare Heart Locket after June 2012

The advertisement for the "Rare" version.
Community content is available under CC-BY-SA unless otherwise noted.