Not to be confused with the Oven Mitts.

The Heart Mittens is a members-only land clothing item that was released on February 14, 2017, in Shiveer Shoppe during the Friendship Festival, but it was removed shortly afterwards. It returned on February 3, 2019, and left on March 11, 2019.

It appears to be a pair of mittens, decorated with one heart each with a pattern of alternating colors at the ending. It comes in nine different varieties, including the rare variant. 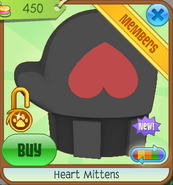 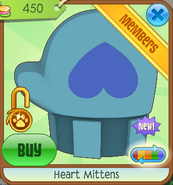 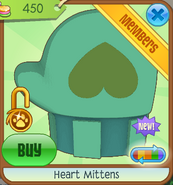 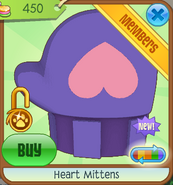 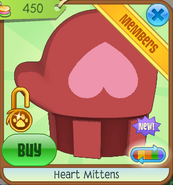 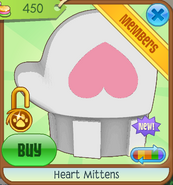 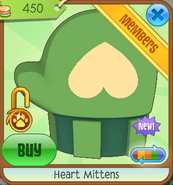 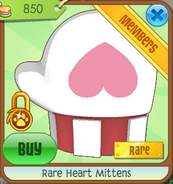 The Rare Item Monday variant.
Add a photo to this gallery
Retrieved from "https://animaljam.fandom.com/wiki/Heart_Mittens?oldid=1369062"
Community content is available under CC-BY-SA unless otherwise noted.