75 Gems
625 Gems (Rare Item Monday)
The Homemade Wings are a members-only land clothing item that is worn on the back. They are sold at Jam Mart Clothing and were first released in November 2010.

The Homemade Wings appear to be made out of sticks that are strapped together and a back support that seems to be tree bark. The wings have torn and ragged fabric that is draped down from the sticks. This item comes in nine varieties, including the Rare variant.

The Homemade Wings can be won as a possible prize from the following locations: 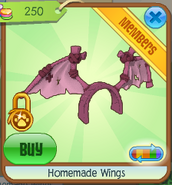 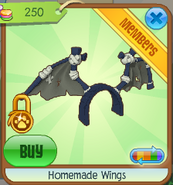 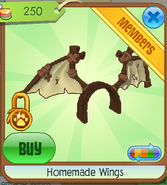 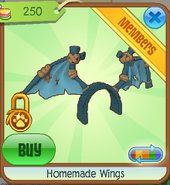 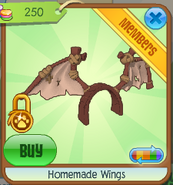 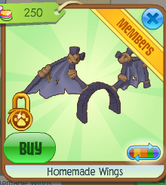 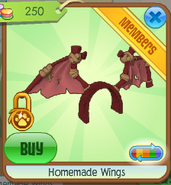 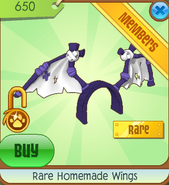 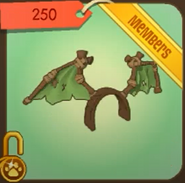 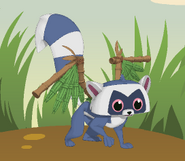 The Homemade Wings on the Lemur 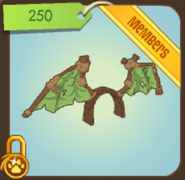 The Homemade Wings when it was first sold in 2010

The Light Green Variant compared to the Dark Green (in stores) one
Community content is available under CC-BY-SA unless otherwise noted.
Advertisement