The Icicle Antlers appear as a pair of large antlers with sharp points that appear to be made out of ice. When worn, they have an animation of reflecting light that moves across the antlers. This item comes in eight different color varieties. 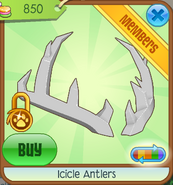 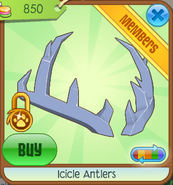 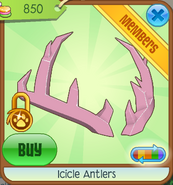 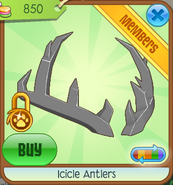 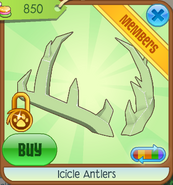 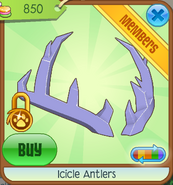 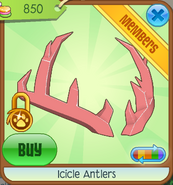 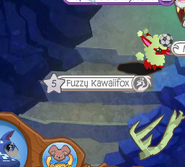 The glitch where the item are seen when a Fox is underground.

The glitch when worn on a Great Horned Owl.
Community content is available under CC-BY-SA unless otherwise noted.
Advertisement