Not to be confused with the Unicorn Horn and the Crystal Pegasus Horn.

150 Gems
825 Gems (Rare Item Monday)
The Icicle Horn is a non-member land clothing item. It was first released on December 19, 2014, and it has returned for each year in the Jamaaliday Gift Calendar. It was re-released on January 10, 2019, with the previously unreleased red variant.

The Icicle Horn is shaped like a sharp cone with a dark helix spiral carved into it. There is a small pile of snow at the very bottom of the horn. This item comes in nine different varieties including the rare black variant. 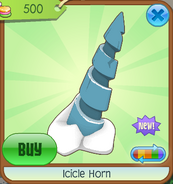 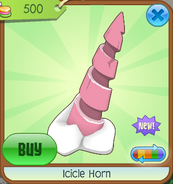 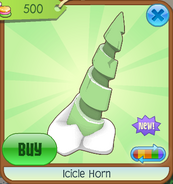 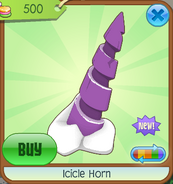 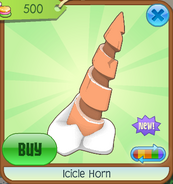 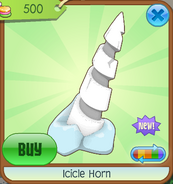 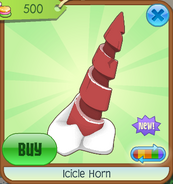 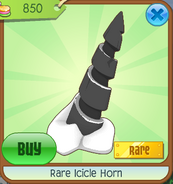 Rare Item Monday variant
Add a photo to this gallery

Add a photo to this gallery
Retrieved from "https://animaljam.fandom.com/wiki/Icicle_Horn?oldid=1466766"
Community content is available under CC-BY-SA unless otherwise noted.