View source
Not to be confused with the Rare Big Bow.

The Jamaaliday Bow appears as a large ribbon tied into a bow. This item comes in nine different color varieties, including the Rare Item Monday variant.

There are two additional color varieties that were discovered in an AJHQ Sneak Peak of the Item Recycling system, but they have never been released and cannot be obtained by any legitimate means.

The Jamaaliday Bow can be won as a possible prize from the following locations: 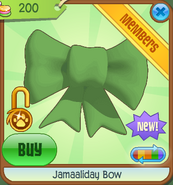 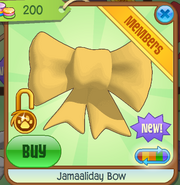 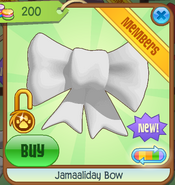 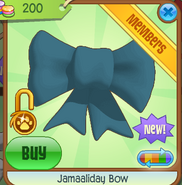 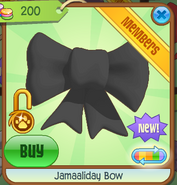 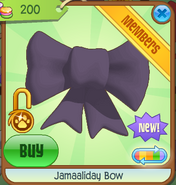 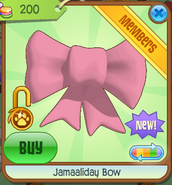 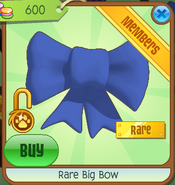 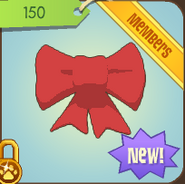 A shadow glitch when worn on a Fox. 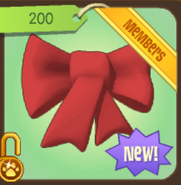 The Jamaaliday Bow seen during 2012.
Community content is available under CC-BY-SA unless otherwise noted.
Advertisement